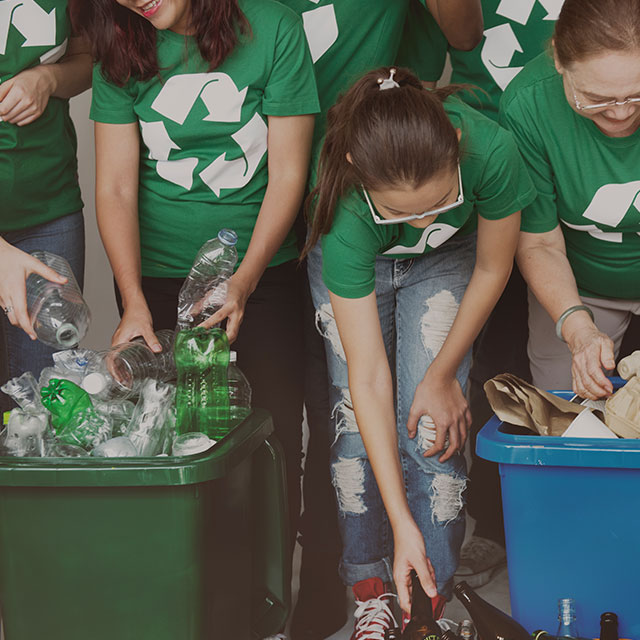 Why should you be recycling

Why should you be recycling

So, you’ve just finished your box of muesli. You have two options: a) bin the box or b) recycle it. Let’s say you bin it. What then? Well, your empty box ends up in one of the growing, toxic landfills near you.

Your other option is to recycle it, an action defined by the National Waste Management Strategy document as “… the separation at source of recyclable materials from the general waste stream and the reuse of these materials. The objectives of recycling are to save resources as well as reduce the environmental impact of waste by reducing the amount of waste disposed at landfills.”

The good news is that between 60% and 75% of all manufactured waste can be usefully recycled . And here’s how starting your own recycling initiative at home or at the office can help our planet…

With landfills in South Africa reaching their maximum capacity, recycling should be a top priority for each and every South African – especially given that recycling just one ton of paper saves three cubic metres of landfill space. And once an existing landfill has reached its capacity, new ones are set up at huge costs to tax payers, and (with increasing transport costs) closer to your own neighbourhood than before.

According to a U.S. survey, landfills are the largest human-caused producers of methane, a significant greenhouse gas that is 20 times more potent in trapping heat in the atmosphere than carbon dioxide. Since methane has a lifespan of just nine to 15 years, reducing methane emissions is thought to be an effective way of reducing climate warming in a relatively short period of time. In 2009, according to the Environmental Protection Agency (EPA), 25 million metric tons of greenhouse gas emissions were eliminated through the recycling of more than 7 million tons of metals.

Recycling reduces deforestation and saves the natural resources used to provide materials for paper, glass containers and aluminum cans. In fact, it has been estimated that recycling half the world’s paper would prevent the harvesting of 20 million acres (81,000 km²) of forestland.

When we send our recyclables to landfills, raw materials must be obtained to replace them. This is done through energy-intensive processes. Recycling reduces the need for new materials, resulting in energy savings like these: one recycled tin saves enough energy to power a television for three hours, while one recycled glass bottle saves enough energy to power a computer for 25 minutes!

On a government level, landfill space costs money, but offers no monetary return on investment. On an individual or corporate level, recycling significantly reduces your general waste, in turn reducing your waste disposal costs to landfills. Since recyclables have a value, disposing of your recyclables will always be cheaper than disposing of waste to landfills. In other words, the cost of setting up a recycling initiative can be offset by a saving in your general waste disposal.

Recycling provides employment for millions of people worldwide. In South Africa especially, where 60% of our unemployed citizens don’t have matric, we need a large number of low-skill jobs; and the CSIR have identified two areas of job creation in the waste industry for them: cleaning and recycling. So increasing the recycling industry in South Africa would directly (and positively) impact on these people’s chances of finding employment.

With Postwink, starting a recycling initiative is done easily and quickly. And one of the benefits of that, is that an effective recycling project can be used to educate your staff, patrons, guests and students about the other sustainability issues we have in South Africa and globally.

So, we’ve answered the question of how recycling benefits our planet – it saves landfill space, natural resources, energy, and money, reduces greenhouse gas emissions, creates jobs and educates. The question that remains is, “If you aren’t already recycling, shouldn’t you be?”

All these products can be purchased at very affordable prices from our online store.

© 2020 Postwink. all rights reserved. Images of Postwink recycling bins, posters and labels have been taken for the sole use of Postwink. Images and copy may not be lifted or copied from the Postwink brochure, website or otherwise, except when permission has been sought and granted in writing. Designed & Developed by Electric Pencil